A video of a robotic eTEP access Rives-Stoppa with left TAR for a recurrent left subcostal hernia.

This is patient who presented with a bulge on his left side after a Whipple and this was repaired previously with a robotic IPOM. We accessed the left retrorectus space below the patient’s incision and initiated dissection with the camera.

Once we were able to place the first trocar, we started dissection using hook into the space of Retzius and developing the space for placement of three suprapubic trocars.

Here’s dissection of the right space of Bogros in the preperitoneal plane.

The robot was then docked, and the dissection was initiated.

Here, we see dissection of the right retromuscular space.

And as you can see here there was a defect in the peritoneum that was created.

This does not interfere with continuing the surgery and this will be repaired toward the end of the procedure.

Here is dissection of the left retromuscular space and you can see the balloon tip trocar that was used for access.

We continue dissection towards the semilunar line heading superiorly.

And here is division of the posterior rectus sheath at its insertion on the linea alba.

You can see the inverted “V” of the two posterior sheaths and the preperitoneal bridge in between.

You can see the neurovascular bundles here on the right side. As the scar was reached, obviously there was more scarring, and the planes were not easily developed.

I’m just showing here that the planes were fused, and it was hard to dissect. I tried to stay high up on the rectus muscle, couldn’t really get a good plane to dissect here, so tried to go around on each side.

So then eventually went more medially and decided to dissect more in the preperitoneal space and got more progress done there.

The goal here was going to be to try to get as much superior mesh overlap and as much lateral mesh overlap, the limiting step being the left lateral overlap.

Here I transitioned into a pre-transversalis plane to allow dissection especially more laterally to get that lateral coverage that I needed.

As I head laterally dividing the posterior lamina of the internal oblique and fibers of the transabdominis muscle.

While doing this partial TAR here, I had a defect in the posterior layer  which was also repaired at a later stage.

This is towards the end of the dissection. You can see the defect measured about 6 centimeters by 8 centimeters wide and I had a minimum of 8 centimeters superior overlap and lateral mesh overlap.

At this point, I was satisfied in the amount of dissection and mesh overlap I needed.

So we proceeded with closure of the peritoneal defects. I then proceeded to close the fascia with number one symmetric STRATAFIX suture.

This is sped to 3x incorporating some bites into the hernia sac to obliterate the dead space.

This is my resident closing.

This is the end result after closure of the defect. I did upsize the 5-millimeter trocar to a 12 trocar to help in passing needles. I do not have the recorded mesh placement, but we placed a 26-centimeter by 20-centimeter Parietene mesh.

Thank you for watching. 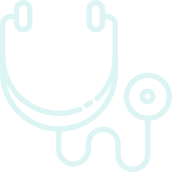